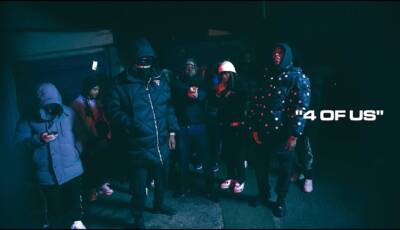 Mummy raised a good yute, but I’m bad like my surname Jackson
Fifty cent coins in this hand gun
You ever heard the MAC ring? Ain’t nothing like a Samsung
And we was making snow fall way before Damson
Classmates turnt wet, they underneath the drier
How they singing like Mariah? Turned the hood into a choir
Told mum “I’m going church”, I was handing out them flyers
I’m talking bout them samples, felt like Marlo in The Wire
These niggas like mine, I ain’t met too many
Lay a finger on my dreads, they gon’ get the sеmi
Uptown nights had me sweating Henny
Lеft with Jenny, gave me deep throat, I gave her Ben & Jerry’s
Catch me in the burbs, I’m just swerving through the lanes
Got it overseas, my Cuban links ain’t a chain
She asked me what I’m on, I said, “World domination”
‘Cause me and my thoughts are like Pinky and the Brain
And niggas know the codes, don’t come outside without your bally
Stoney on the island, but you know we smoking Cali
Out in Santorini in the villa, I’m with Sally
By the seashores, I sold shells to the catties
Me and akh done it twice, we’re pending on a triple
XRP, we’re tryna let the coin ripple
I part it with the twin barrels, that’s a double dribble
Pockets full of sweets, these ain’t Harribos or Skittles

I just wanna eat Benihanas
Miss seven summers, shit I had to do for these Balenciagas
I make it look lit, but it’s been hard
Got rich off a SIM card, pull strings, no guitar
Outside was frying like dumplings, but I couldn’t come in
Took mad L’s, but I won big
Baguettes in the ring for all them years on the wing
I hope Allah forgive me for my sins
In them streets, I’m certi
Tryna get a body on this ting, ain’t going Turkey
Had me queuing up for servery
The hood raised me, block boy before JB
My come up was serious, JME
It’s hard to think about streaming
Got niggas doing life on some street shit
And niggas that ain’t breathing
I remember going dances with big Glocks
Sixty for the wrist watch, these niggas dancing on TikTok
Known for getting trappy and taping off roads
These rap niggas make it up as they go
Late nights in the T, testing dinners on fiends
Send these dusty yutes to cunch and they’re coming back clean
Upper Clapton Dream, I feel like Martin Luther
Put me in a class full of trappers, I’ma come out the tutor
Took mad losses, I can tell you how them L’s feel
Or how to build a banging line from a jail cell

They sleeping on my gang until the night I’m standing over ya
Headshot and we gon’ test out your obeah
Can’t stand around pigs and rats, got a phobia
I’m from Peckham where it’s protocol to keep a pole on ya
Hard body Boost bitch, don’t ask me for no soft line
I was seventeen on the Glock hype
Same way I still put your body on a lock knife
Oh my god, what happened to Virgil? I’ma still get it off-white
It’s like everyday I wake up on the wrong side
True my main ones been gone for a long time
Murder squad, can’t roll if you ain’t never let your burner off
So much niggas sliding, I can’t tell you whose work it was
All I know is that we put it in
There ain’t a block that I wouldn’t spin
Tiny Boost A.K.A. Mr. Walk Up and Let It Ring
Certified O.G., bro, I’m a veteran
And I ain’t gotta check the ting, true I know it’s loaded
Mask on but he knows I smoked it
Jakes on me, I don’t know who told ’em
Any little niggas wanna claim gangs these times, they had no involvement
No emotion when I’m fucking these hoes
I don’t care who’s inside, I’ll still run in your home
I’m tryna leave with the belly , what’s beef?
You see beef is when you squeeze ’til it’s empty, it’s swell

I can’t stop Suedey from making songs about killing
I ain’t gotta follow or double tap, I’m still hitting
In the station but this time for something that I didn’t
In the booth, only time you might hear me try singing
My youngen back in the block, serving days, three nickings
I ain’t hit her since I hit, I ain’t tripping
Me, I hate cats but I make sure that I provide for my kittens
You ain’t ever had two spinners kissing, not twinning
Might put her in YSL, pissed I’m on the phone to her less than my clientele
Tagging up a nine, I can do it with my aisle scales
Feds thought Crash lined it up
And that’s why they said no when he applied for bail
When the bag’s orange, only time I’m tryna take a L
Waste of money ‘cah I ain’t even gonna do my bail
I ain’t tryna ride with no niggas scared to do the jail
If you get caught, he might do the tales
Yo, I was robbing phones way before I started fucking girls
Mum asked why I’m selling crack ‘cah it fucking sells
Firearms, what I’ma buy before I pay for nails
I got ten-tens from Liverpool to A-T-L
Used to rob older niggas, never used to shoplift
I jump on the stage and my fans doing mosh pits
Them niggas don’t like me cah I really does this
My nigga done it bait and got busted, free him up…

Found Any Mistake in Lyrics?, Raise a request to Correct Lyrics! 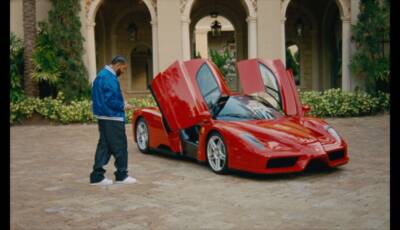 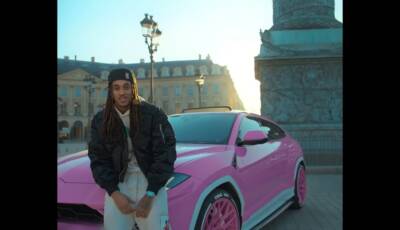 Tears In My Amiri’s 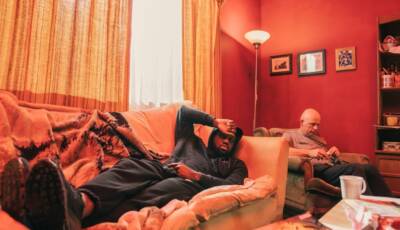